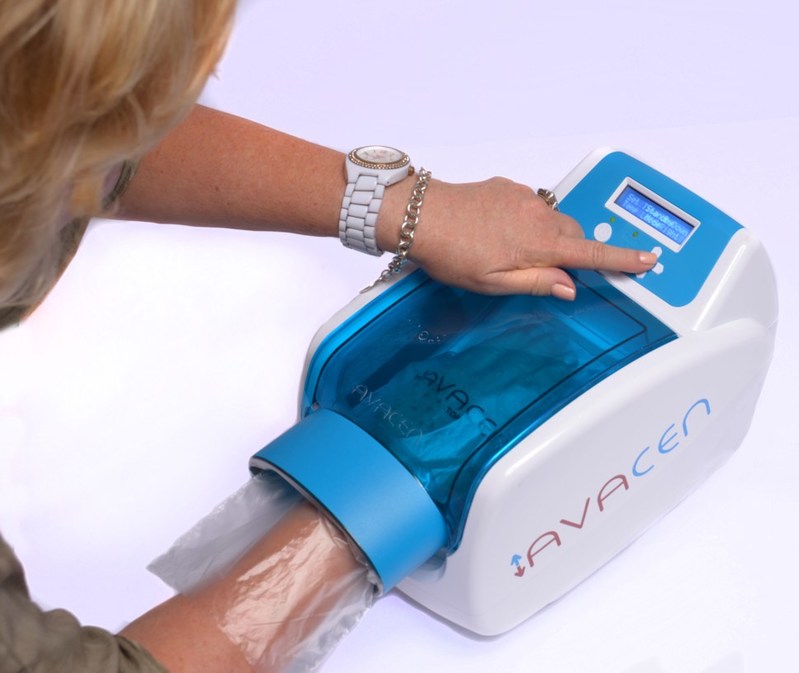 Pain management in terms of fibromyalgia has been a pressing issue for a long time. Any advancement in the field is much appreciated since many patients suffer from fibromyalgia and are bound to endure the pain associated with it due to lack of any effective treatment.

Quite recently, Avacen Medical introduced their latest device in the market names, Avacen 100 Class 2 Medical Device. The device was initially licensed by the Canadian Health Department for treatment of arthritis. After analyzing the effectiveness of the device for arthritis, it was also licensed for the treatment of fibromyalgia. The major factor that contributed to the attainment of the license by this device is the fact that it does not use drugs for the treatment of pain.

Working of the Avacen 100 Medical Device

The device works without any involvement of drugs and provides relief against pain associated with fibromyalgia. It works through the following process:

The device was initially tested on 22 patients suffering from fibromyalgia. Avacen 100 was clinically tested and showed significant effectiveness against pain. The study was conducted for 28 days after which the effects of the device on the patients were observed. Results indicated the following:

According to Thomas Muehlbauer, CEO of Avacen Medical, “Avacen 100 is the only medical device on the market today able to provide non-invasive, rapid whole-body treatment, using a single point of contact. It is the ideal drug-free and safe alternative for relief of muscle and joint pain”.

Avacen 100 can possibly prove to be effective in pain management due to its precise yet efficient functionality. The patient is required to place their hand on the heating pad that is a part of the device. This has the following effects on the body:

Researchers tested the device in different ways to determine whether the device fulfills all the parameters of pain relief. It was found in the result that Avacen 100 managed to have a positive effect in all three of the following scales.

Avacen 100 has been received quite well around the globe. Different locations in the US including pain management phoenix Arizona can do well by adopting this new technology.  Frost and Sullivan, a consulting firm, gave the device a New Product Innovation Award for the year. An analysis of the existing devices for fibromyalgia pain relief was made, after which Avacen 100 was chosen to be the most deserving recipient.

The device is available for sale in all states of the US, Canada and the European Union. Employing of this device for treatment of other diseases is also being considered.