Broken heart syndrome, which is also known as stress-induced cardiomyopathy or Takotsubo cardiomyopathy, is characterized by intense chest pain due to a surge of stress hormones. It is typically caused by an emotionally stressful event, such as death of a loved one, divorce, breakup or physical separation. In some cases, it could even happen after a good shock. Almost 90% of the patients with this condition are women, typically in their 60s. The reason for this predilection is not known.

When first evaluated, these patients are thought to be having a massive heart attack. But the changes on their ECGs are not typical for a heart attack, and the cardiac enzyme levels in the heart are not found to be significantly elevated in these patients either. Furthermore, when coronary angiography is performed, their coronary arteries are found to be fully patent. The exact cause of the syndrome is not fully understood but several mechanisms have been proposed – transient vasospasm causing loss of blood flow resulting in transient stunning of the myocardium. Microvascular dysfunction has also been proposed as the cause of this condition, and it would explain the negative coronary angiography. A mid-ventricular obstruction causing apical stunning provides yet another explanation. 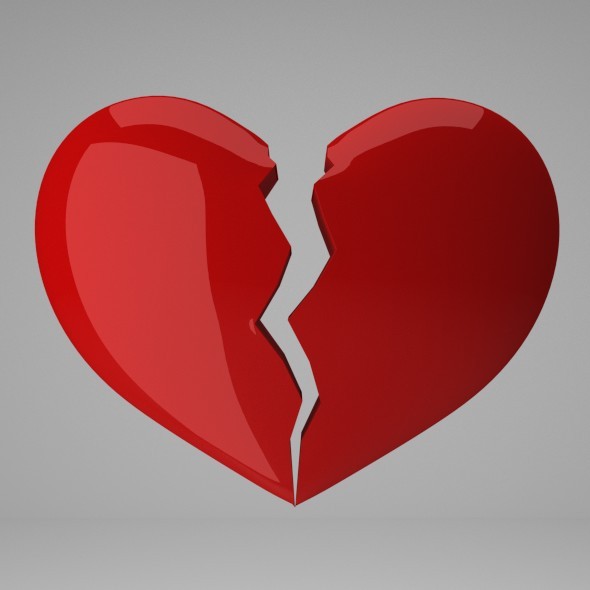 Broken heart syndrome can be misdiagnosed as a heart attack because the clinical presentation is similar. In this condition, a portion of the heart muscle (often a large portion) suddenly stops contracting, leading to acute heart failure. Interestingly, on echocardiography, these patients are found to have a peculiar type of heart muscle weakness causing the affected portion of the left ventricle “balloons” outward in a distinctive fashion.

Nevertheless, it is an emergent condition and requires immediate and aggressive medical care. If properly managed, the heart muscle returns to normal function within a few weeks. Once acute coronary syndrome has been ruled out, the treatment of stress cardiomyopathy is generally supportive in nature, as it is considered to be a transient disorder. In many patients, the left ventricular function normalizes within two months. Aspirin and other heart medication are indicated until ACS is ruled out, after that it’s supportive care. It is important that the patient stays physically healthy while learning and maintaining methods to manage stress to avoid another such event.

In some cases, serious complications can still happen and must be treated – these include congestive heart failure and hypotensive shock. In rare cases, it can lead to blood clotting in the apex of the left ventricle, arrhythmia and even left ventricular rupture.

Most of the patients survive the initial acute event and proceed to full recovery, with rarely developing any complications or requiring hospitalization. Even if the initial LV function is severely low, it typically normalizes in the first few days. It is quite rare to have a recurrence of the syndrome, but it is seen in patients having a similar trigger stress event.